It’s interesting to remind yourself that almost all of the important physical concepts and revolutions may be explained so that light plays a rather central role. Some ideas are «cousins» of lights or «generalizations» of light. At the end, I obviously think that gravity is more fundamental than light but you can get very far with light.

For the religious people, light is tied to God, heaven, angels, knowledge – while the darkness is the Devil, hell, ignorance etc. Light is at the end of the tunnel in afterlife. Blah blah blah.

Light is one of the important enough words that you should trace in different languages. «Světlo» in Czech or Slavic languages makes light related to the world. Latin has «Lux» («Fiat lux» is «let there be light») and «Lumen». Esperanto’s «lumo» is derived from the Latin «lumen». In the Czech culture, «lux» is a synonym of the vacuum cleaner. Why is the word for the vacuum cleaner the same as the Latin word for light? Because Lux International, a dominant producer of vacuum cleaners in the 1920s or so, started by production of kerosene lamps. 😉

In Greek, «fos» is light and the genitive is «fotos», obviously the root of photography and many other things. After similar comments, I jumped to physics.

Light as thermal radiation. Ultraviolet catastrophe. Planck’s fix involving light quanta. Light is a stream of particles as well, after all. Einstein’s application for photoelectric effect. Compton scattering. Hawking radiation (Bekenstein’s insights…) as the Planck curve, not yet observed. CMB radiation as the Planck curve, observed and perfectly matching predictions. Quantum mechanics and the novel compromise between light as waves or particles. Everything is in between waves and particles, probabilistic predictions, quantized energy. Einstein’s derivation of spontaneous and stimulated emission from time reversal of absorption. Lasers, photons as collectivists, application in holography.

Most of the lectures talk about things that are «localized in time» – about some theory that was discovered and developed in some era. But this lecture about light was an object-oriented one – about an object and how all types of theories from all epochs are looking at it. I think that such object-oriented lectures are different and interesting. The knowledge is being reorganized in different ways and it makes the people develop new links between parts of their knowledge.

I do believe that there should exist lots of object-oriented lectures. Light is perhaps too big and comprehensive topic. But there may be less widespread objects suitable for object-oriented lectures. Like the Sun, to mention a random thing. Just realize how big a portion of the scientific advances was linked to the Sun. Heliocentrism vs geocentrism, thermodynamics, absorption and emission, nuclear physics, general relativity and solar eclipses, light bending.

Well, the Sun was still too similar to light. But there are lots of very different focuses of object-oriented lectures. Imagine an interdisciplinary lecture on biology, evolution, as well as geology etc. focusing on the concept of the grandfather, for example. Or one on water. More generally, I do feel that the organization of knowledge into subjects and courses etc. is way too uncreative and there should be a greater diversity in these issues. But people – teachers etc. – are probably too lazy for that. 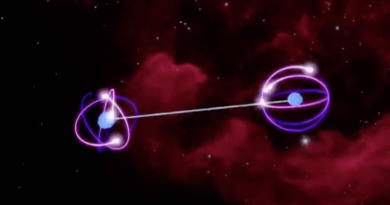 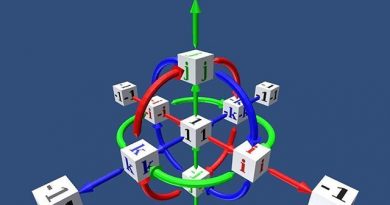