In 2012, I wrote a simple text saying why the wave function has to be complex.

To preserve the sum of probabilities, one needs something oscillating with a constant absolute value, and \(\exp(i\phi)\) is needed for that. That’s why \(i\) has to appear in Schrödinger’s equation. By some Lagrangian-Hamiltonian translation, the same \(i\) also appears in Feynman’s path integral through \(\exp(iS/\hbar)\). And by the Heisenberg-Schrödinger equivalence, the same \(i\) also appears in the Heisenberg equations of motion defining the Heisenberg picture. And the commutator \(xp-px\) has to be equal to something like \(i\hbar\). Here the imaginary unit appears because the commutator of two Hermitian operators is anti-Hermitian i.e. \(i\) times a Hermitian operator.

Scott Aaronson wrote a text on a similar problem,

Why are amplitudes complex?

where he presents some different arguments revolving around qubits – because he is a computer science guy. A big part of his text is a demonstration that quaternionic quantum mechanics is a burning excrement. It turns out that lots of readers don’t want to hear anything of the sort.

Recall that quaternions are associative but non-commutative generalizations of complex numbers, numbers of the form

where we primarily care about the multiplication table

Imagine that \(\psi(x)\) isn’t a complex number but a quaternion. Well, as Aaronson says in terms of heavier tools, one important thing you want to do with quantum mechanics is to describe composite systems, like the systems observed both by Alice and Bob, and if the two systems are uncorrelated (i.e. not entangled), the wave function of the composite system is simply the tensor product (i.e. the product of any component from the first system with any component from the second system):

This equation may be considered «the complexified square root» of the formula for the probability of independent events:

Operators acting on a subsystem must be written as tensor products with the identity operator acting on the rest. This tensor behavior of the wave function for composite system is really one of the universal postulates of quantum mechanics.

It doesn’t really make any sense. There is no canonical way to construct the wave function of the composite system. An even worse implication of the non-commutativity of the quaternions is that a measurement done by Alice will change the wave function in a way that changes the predictions for Bob as well: non-locality or faster-than-light signalling will become unavoidable, as Aaronson argues in more detail.

Another way to put it simply: you can’t really have operators \(L,M\) that independently act in different labs (or spatially separated regions) and therefore commute, \([L,M]=0\), if \(L,M\) are operators or matrices composed of quaternionic entries because the quaternions don’t commute even as \(c\)-numbers, i.e. \(1\times 1\) matrices.

I agree with all those things. My argument against quaternionic quantum mechanics was simpler and less powerful – it’s not really needed because one fundamental equation, such as Schrödinger’s equation or the Heisenberg equations of motion, only needs one imaginary unit \(i\). So you may assume that the \(j,k\) components are zero to start with – and they will remain zero. Or you may decompose every quaternion into two complex numbers as \((a+bi)+(c+di)j\). That could translate the quaternionic information into two copies of the complex numbers.

But Aaronson’s stronger objection is correct. If they are quaternions at all, you need to discuss their multiplication as well and the multiplication of generic quaternions is needed in quantum mechanics because that’s how the composite systems are described via the tensor product.

To say something negative about such a pair of ideas – «quaternions in quantum mechanics» in this case – seems to be politically incorrect because a certain part of the people has been systematically brainwashed to worship stuff like that even though it’s fundamentally inconsistent. It’s hard enough for some people to learn the quaternionic multiplication table and if they have already spent the time, the quaternions «must» be important everywhere, right? Well, they are not.

So the people who anxiously react resemble the NPCs who want everyone else to be both PC and an NPC, too. 😉

Joshua Zelinsky started with the first one. He completely misunderstood that the faster-than-light signalling is a problem. Instead, he says it’s a great feature that could also be used in a science-fiction story. He asks how big some complexity classes are if you combine quaternionic QM with special relativity. He completely misses the point! You can’t have a relativistic theory with faster-than-light signalling, and because quaternions make this signalling unavoidable, you can’t have a relativistic quaternionic quantum theory! Zelinsky doesn’t care and demands not only quaternions but octonions!

Sanketh demands Aaronson to spam his own blog with all the other unrelated garbage that Fuchs has written. Aaronson is obliged to do that because he has mentioned the name of Fuchs! 😉

Job asks whether quantum computers may simulate the quaternionic world. Clearly, he doesn’t get that there’s no such «world» so he is at most running a program without a physical interpretation.

Dmitry demands a textbook of quantum mechanics using real numbers, missing that it is inconsistent, too. Why would you want such a thing? Complex numbers are needed. If you have trouble with them, imagine that they’re some nicely treated pairs of real numbers. If you have a problem with pairs of real numbers as well, just imagine one real number instead of one complex number but your understanding of most technical details will be wrong. So there’s an obvious fix for a reader who suffers from some complexophobia, he may still read the same textbooks. Why would you need to write another textbook promoting the flawed view that the wave functions should be real?

Murmur also doesn’t understand why there’s the mutual influence between Alice and Bob.

Job returns and asks why Alice influences Bob and not another qubit in the Universe. It seems Job wants to say that this complaint is a complaint against Aaronson’s argument – however, instead, if one thinks rationally, it’s exactly a related argument why the quaternionic QM is inconsistent.

Sniffnoy misinterprets some symbols for kets.

Aaron Denney can reproduce the nonlocality so that he is satisfied to some extent, a rare example.

Spencer Bliven would like to argue that if octonionic QM doesn’t exist, then string theory must be wrong because it has spinors or some nonsense like that. So Aaronson tries to explain to him that string theory has the completely normal «complex QM» operating system inside. Not sure whether Spencer may understand these points. His proposed implication is so utterly irrational that I don’t believe that he can understand anything here. His argument is an argument of the type «if you say something, why don’t you use it to prove something absolutely unrelated that I want to prove because I’ve been brainwashed to want it»? That’s not how rational thought works.

Veit Elser claims that Aaronson had the duty to mention the automorphism of the complex numbers. The reason behind the duty remained unexplained. In quantum mechanics, the automorphism – complex conjugation – may be linked to the CPT-symmetry (or, in simpler cases, time-reversal symmetry). But that symmetry is a derived fact that isn’t a priori needed for consistency.

Alex Wilce says that Aaronson’s post is nice but he clearly wants to ignore all the negative statements because John Baez wrote something about division algebras and quantum mechanics so all the pathologies must be gone. The impact of Aaronson’s text on Wilce’s opinions about the quaternionic QM has been zero.

I would summarize that debate, as seen so far, by saying that it is basically impossible to convey a straightforward assertion with a proof that sounds negative, such as «quaternionic quantum mechanics is inconsistent». An overwhelming majority of the people don’t really want to listen to arguments or they can’t check or reproduce any of them.

They’ve been brainwashed at some emotional level to think that it’s «cool» to combine quaternions (if not octonions) with the basic engine of quantum mechanics and they just don’t want to sacrifice these emotions. So they’re eager to offer irrational arguments and references to all kinds of unrelated junk, and present the lethal diseases as wonderful advantages, just in order to defend the indefensible.

One might want to understand which of the general ideas are worshiped and which of them are hated by the NPCs. The pop science press has rather uniform distortions and it just happens that the «rightfulness» of pushing quaternions or octonions to any places of theoretical physics is understood as a human right. An example of the nonsensical press solidifying these – scientifically wrong – emotions is the octonionic Standard Model of Cohl Furey.

It’s also complete garbage but it has the flavor of «anything goes» and this kind of «anything goes» is being pumped into the laymen’s minds all the time. People may have various irrational or emotional reasons to «want» things like «quaternionic quantum mechanics» but if they’re not able or willing to go through similar demonstrations of a «problem with quaternionic QM», they just cannot consider themselves to be rational, science-oriented, people. At most, they use some science jargon to make their irrational prejudices sound fancier.

Aaronson arguably has lots of influence but there’s something much stronger that is affecting the laymen. I am not sure whether this stronger irrational force depends on the atrocious quality of the contemporary science journalists or whether the laymen have it before they’re influenced by anybody. One of the general ideas that «everyone has to love» is any combination of two ideas – such as «quaternions and quantum mechanics». Combinations may be cool and powerful but only some of them are. I think that lots of people insist on saying that «all combinations like that are cool» for similar reasons why they think that «a boyfriend from any race/culture should date a girlfriend from any race/culture» or stuff like that.

Needless to say, the combinations may be problematic even in the human example. But in the case of physics, the problems of the generic «unions» are rigorously demonstrable. However, you must be rational to understand that a rigorous proof trumps the emotion that «all unions are holy». 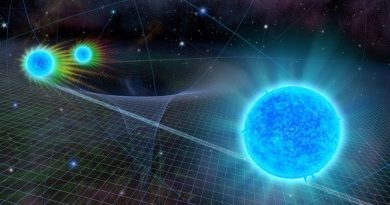 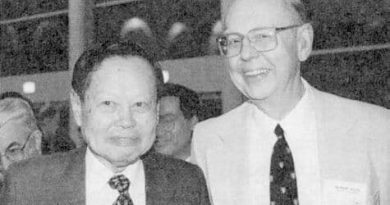 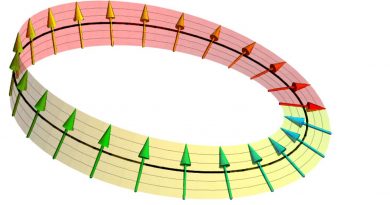 Why are there spinors?