In the «quantum foundations» category of blog posts, I have often discussed the thoroughly misguided and debunked philosophical misconceptions about the quantum character of reality – the opinion that the intrinsically probabilistic quantum mechanical framework is just an illusion that may be ignored and that a basically classical i.e. objective and/or deterministic set of laws of physics underlies all of reality.

People who love to write or shout the nonsense that there is something incomplete if not embarrassing about quantum mechanics are deluded. They typically think that they must be smarter than others if they’re incapable of understanding the most important revolution in the 20th century science – one that took place in physics in the mid 1920s. Some of them are convinced that they are ahead of others if they still think about Nature in terms of the 17th century concepts.

It often looks like that these differences are only philosophical or speculative in nature. They don’t affect the calculations, we are often told. Except that they do. Even when (and maybe especially when!) we talk about particular equations to calculate a quantity – and when we avoid debates about the meaning of all the concepts, the idea that some basically classical physics is «primary» creates problems.

I want to mention a question about the normal ordering that someone posted on Physics Stack Exchange today:

In quantization of the Dirac field I learned that we use normal ordering to get rid of negative energy vacuum state. From this point is there any reason we would use original Hamiltonian?

In other words, the normal ordering is contrived and sucks. Why don’t we use the nice, pretty, unmodified classical expressions for the Hamiltonian and other things (e.g. in quantum field theory)? The original expressions?

Well, the problem with this question hides in all the wrong assumptions the OP (original poster) makes about the status of all the concepts. In particular, the OP describes the search for the Hamiltonian (operator) as a procedure that starts with the «original» Hamiltonian (in classical physics) and performs certain operations (modifications) to achieve certain things.

In other words, the logic the OP assumes is

The arrow is a symbol for the «quantization», a sequence of procedures that are often described in textbooks that introduce the readers either to quantum mechanics as a general framework; or particular quantum mechanical theories (e.g. quantum field theories).

This «quantization» means to add hats above the physical observables, turn them into linear operators, determine the commutators by isolating the canonical coordinates and their canonical momenta, and guess the Hamiltonian as a «similar» function of the basic observables that we had in the classical theory.

These steps «mostly work» except that sometimes we’re forced to notice that there are subtleties in the quantum theory – normal ordering, ultraviolet and/or infrared divergences, the need for regularization and renormalization, anomalies that may prevent us from preserving a symmetry in the quantum theory (or from making it consistent, if this is a gauge anomaly), or things like Seiberg-Witten qualitative changes of the global structure of the moduli space.

I don’t want to argue that this «construction of quantum theories by adding hats in a classical theory» should be banned. If it is used wisely, you may construct important quantum theories in a rather straightforward way. With a dose of pragmatism, you will understand the need for the additional «fixes» and the presence of various «subtleties».

If you take the «quantization procedure» with a grain of salt, it may serve you well. Ideally, you will understand that the classical theories play the role of «heuristic inspirations» that may be used as a starting point in the search for or construction of a quantum mechanical theory. You will understand the point that the quantum mechanical theory is the «actual contender» to describe Nature and how you found it is irrelevant. In science, you are encouraged to guess a candidate theory which may turn out to be the best theory. Feynman’s students were laughing but he was totally serious.

The point is that there is no generally applicable systematic way to find the right scientific theory, to directly deduce it from the logic and observations. You must guess it, your guess must be right, and whether it’s right is found by the calculation of predictions and their comparisons with the empirical data and with each other.

The «quantization procedure» with all the «fixes» added along the way is just one method or strategy to guess the theory – in many lucky cases, to guess the right theory. You could have guessed the right quantum theory without any classical template and without any «quantization procedure». You could have guessed it after an evening with marijuana or a concert of classical music, too. The method to find the actual theory you want to use to make the predictions – and we only mean the quantum theory without any «derivations» of this theory – simply isn’t a part of the product that is being validated by the scientific method. It’s a part of the creative process which shouldn’t be expected to follow any rigorous rules. People who find important new theories are usually geniuses of a sort and you can’t become a genius by following any mechanical rules.

But it is not the case.

This may be how the textbooks present quantum mechanical theories and the arrow may agree with the «arrow of time» in the history of physics (if the arrow is directed from the past to the future). But it incorrectly describes the actual logical relationship between the classical theory and the corresponding quantum theory.

The correct relationship is the opposite one, of course:

The quantum mechanical theory and objects, and not the classical ones, are the «original» ones!

\[ f(x) = \frac{e^x — 1}{x} \] but I could have meant infinitely many other things, too. The infinite number counting the possibilities is really huge. It’s at least an infinitoplex of possibilities (this infinite number is constructed in analogy with googolplex). Quantum mechanics is similar except that the variable is called \(\hbar\) (Planck’s constant) rather than \(x\) and we talk not about one function but tons of functions (predictions) that depend on \(x=\hbar\) as well as many other variables (their number depends on the kind of predictions we want to make).

When you consider the Hamiltonian of the form

\[ H = \frac{p^2}{2m} + V(x), \] then the ordering ambiguities are more or less non-existent. Every function \(T(p)\) or \(V(x)\) may be generalized to a unique operator in the quantum theory. But once the Hamiltonian \(H(x,p)\) mixes the coordinates and momenta in complicated ways, the «corresponding» operator ceases to be unique.

The operator \(xp\) is non-Hermitian but if this term appeared in the Hamiltonian, we would almost certainly want its Hermitian part i.e.

The degree of ambiguity becomes much more extreme in more complicated theories. Even higher-order polynomials in \(x\) and \(p\) would be enough to prove this point.

However, renormalizable quantum field theories happen to be «basically unique», up to a finite number of parameters (masses and coupling constants etc.). How is it possible? This uniqueness has nothing to do with the quantization procedure. Quantum mechanical theories of this kind are highly constrained – almost unique and, in the case of a consistent theory of quantum gravity, completely unique (string theory) – because of facts that have nothing to do with a more accurate description of any «quantization procedure» or with a more careful analysis of the «classical limit».

The uniqueness boils down to full-fledged quantum mechanical arguments and requirements.

Note that the five bullets above are independent of the classical limit or a «quantization procedure» (or any other way how you happened to find the right quantum theory). They look at the quantum mechanical theory as if it were a final product – a mature, adult theory that no longer depends on its «mother’s» milk and that must defend itself.

So when the OP asks why a normal ordering constant has to be subtracted relatively to an expression he could find «simpler» or «more aesthetically pleasing», well, one must look at the five bullets. We need well-defined operators – objects expressed as matrices with finite entries with respect to a basis. An operator with infinite matrix entries is no good.

And it is no sin to subtract a normal ordering constant – and do the other fixes. Why? Because we are solving the problem

The trick is that the operators

\[ xp, \quad xp + A\hbar \] for \(A\in\mathbb{C}\) which is of order one have the same classical limit. The classical limit sends \(\hbar\to 0\) so the term \(A\hbar\) totally evaporates in that limit. That’s why you should accept that you simply don’t know what the right value of the constant \(A\) in a certain operator – and lots of similarly undetermined constants that appear in various «fixes» – is if you only know the classical limit. All values of \(A\) are equally good at this level!

Which value of \(A\) looks «simpler» to you is physically irrelevant and if you trust this «intuition» too much (and if your intuition or experience isn’t deep enough to figure out the right value of \(A\)), it is a road to hell. The main virtue or the purpose of a good quantum mechanical theory is not for it to be directly or intuitively related to a classical theory!

If you add the additional conditions, such as the finiteness of the operators or the symmetries (which often demand the vacuum to have the charge \(Q=0\) for the symmetry not to be spontaneously broken, and similarly \(E=0\) for a vacuum if it is supposed to be Lorentz-invariant, and other things), you may actually determine \(A\). But it’s completely wrong to look for the answer in some «refinement» of the quantization procedure. The quantization procedure isn’t supposed to be rigorous or fundamental. It is a heuristic way to «deduce» the full quantum theory, the function \(f(x)\) for \(x\equiv \hbar\), from the \(\hbar\to 0\) or \(x\to 0\) limit.

If you want to find the actual rigorous arguments, you have to treat the quantum mechanical theory as a full-fledged, mature, standalone, independent product, an adult that is independent from its limits. The arguments why you pick one value of a constant or another have to be based on mature criteria – empirical data, consistency conditions, unitarity, and symmetries.

It has to be so because in science, what competes are not just the «right quantizations of a classical theory». All guesses that someone invented as candidate theories are legitimate competitors in the scientific method and must be a priori treated as equal contenders. If you «derive» your theory by a «quantization method» from a classical theory, it doesn’t make the final candidate any more promising! It’s the compatibility with the empirical data, consistency, symmetries, and other general principles that matter.

And those who are waiting for a «refinement» of a «quantization procedure» to find the right answers aren’t thinking as mature scientists who actually evaluate the validity of claims about Nature. They are thinking as unimaginative immature mediocre schoolkids who are looking for ways to please their teacher by making their behavior even more mechanical and mindless than before. But the scientific method doesn’t «elevate» the theories according to some would-be omniscient teachers’ endorsement of one blindly applied procedure or another. It chooses the right theories according to their internal consistency, symmetry/beauty, and especially their consistency with the empirical data. 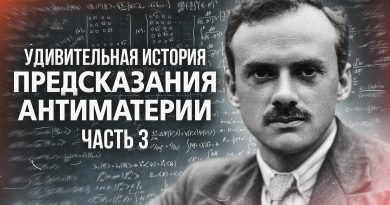 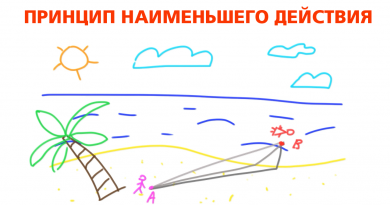